•  10th edition of the North East Festival to begin in New Delhi to promote the diverse life, culture, traditions & tourism of the region, comprising eight states

•  Congress Party to call a meeting of all its general secretaries, state in-charges, state chiefs & Legislative party leaders at New Delhi to prepare for ‘haath jodo abhiyaan’ & plenary session of the party slated to be held in Feb 23 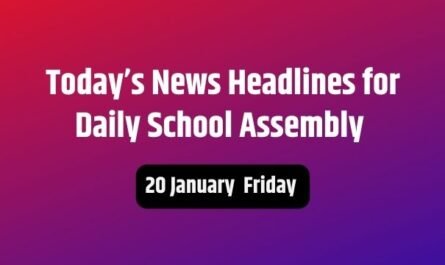