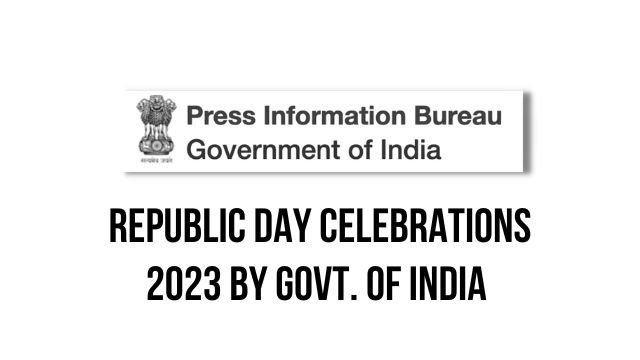 The Nation will celebrate its 74th Republic Day on January 26, 2023.  The celebrations include the traditional march past at Kartavya Path comprising a grand parade by the contingents of the Armed Forces & Paramilitary Forces; tableaux display by the States and Central Ministries/Departments; cultural performances by children; acrobatic motorcycle rides and a fly-past, besides Beating the Retreat ceremony at the Vijay Chowk and PM’s NCC rally.

Addressing a press conference in New Delhi on January 18, 2023, Defence Secretary Shri Giridhar Aramane said that celebrations have been planned reflecting the Prime Minister’s vision of Jan Bhagidari. The Republic Day celebrations are going to be week-long commencing on 23rd January, the birth anniversary of great national icon Netaji Subhas Chandra Bose and culminating on 30th January which is observed as Martyrs’ Day. The celebrations will be a tribute to INA veterans, people and tribal communities who participated in freedom movement.

Many new events are being organised as part of the Republic Day celebrations this year. These include Military Tattoo & Tribal dance festival; Veer Gatha 2.0; second edition of Vande Bharatam dance competition; performances of Military & Coast Guard bands at the National War Memorial; an All-India School Band Competition at the NWM; a Drone Show and projection mapping during Beating the Retreat ceremony. The details of the events are as follows:

As part of Republic Day celebrations and to mark the 126th birth anniversary of Netaji Subhas Chandra Bose (celebrated as Parakram Diwas), a Military Tattoo and Tribal Dance festival ‘Aadi-Shaurya – Parv Parakram ka’ will be held at Jawahar Lal Nehru Stadium, New Delhi on January 23 & 24, 2023. The Ministry of Defence and Ministry of Tribal Affairs are jointly organising the event, with Indian Coast Guard being the coordinating agency. It will witness 10 Military Tattoo performances and 20 Tribal Dances.

The grand finale will showcase a performance by famous playback singer Shri Kailash Kher. The entry for the event is free. The tickets are available at www.bookmyshow.com.

The second edition of Vande Bharatam dance competition was organised as part of RDC 2023. Entries were sought from October 15 – November 10, 2022 from the participants in the age group of 17-30 years in the genres of Folk/Tribal, Classical and Contemporary/ Fusion. State/UT-level and Zonal-level competitions were conducted from November 17 to December 10, 2022 by the seven Zonal Cultural Centres under the aegis of the Ministry of Culture.

The Grand finale was held in New Delhi on December 19 & 20, 2022 which witnessed participation of 980 dancers. Of those, 503 dancers were selected by a jury. These dancers will put up a grand cultural show during the RD parade on the theme of ‘Nari Shakti’.

Veer Gatha, one of the unique projects launched as a part of ‘Azadi Ka Amrit Mahotsav’ last year, was organised to inspire and spread awareness among children about the gallant deeds and sacrifices of the Armed Forces.

This year too, the Tri-Services organised virtual and face-to-face interaction of school children with Gallantry Award winners and the students (from 3rd to 12’h Standard) submitted their entries in the form of poems, essays, paintings, multimedia presentations etc. These were evaluated by a national Committee, which selected Super-25. The winners are scheduled to be felicitated by Raksha Mantri Shri Rajnath Singh in New Delhi on January 25, 2023. These winners will also attend the RD parade.

Twenty-three tableaux – 17 from States/Union Territories and six from various Ministries/Departments, depicting the nation’s rich cultural heritage, economic and social progress and strong internal and external security will roll down the Kartavya Path during RD Parade.

Reflecting the Janbhagidari theme, ‘Bharat Parv’ will be organised at Gyan Path in front of Red Fort, Delhi from January 26-31, 2023 by the Ministry of Tourism. It will showcase Republic Day Tableaux, performances by the Military bands, cultural performances, Pan India Food Courts and Crafts Bazaar.

This year, physical invitation cards for guests and spectators have been replaced by e-invitations. For this purpose, a dedicated portal www.amantran.mod.gov.in has been launched. Sale of tickets, admit cards, invitation cards and car parking labels are being issued online through this portal. This will ensure the whole process to be more secure & paperless and enable people from all parts of the country to attend this national event.

This year invites have been sent to common people from all walks of the society such as Shramyogis involved in construction of Central Vista, Kartvya Path, New Parliament Building, milk, vegetable vendors, and street vendors etc. These Special Invitees will be prominently seated at Kartvya Path.

An All-India School Band competition was organised for various schools to compete and perform in the run up to the Republic Day to encourage values of discipline, teamwork & national pride among the children. Over 300 schools participated in the competition organised by Ministry of Defence in coordination with Ministry of Education. Eight school bands were selected, which began performing at the National War Memorial from 15th January onwards. The performances will continue till 22nd January.

The biggest Drone Show in India, comprising of 3,500 indigenous drones, will light up the evening sky over the Raisina hills, weaving myriad forms of national figures/events through smooth synchronisation. It depicts the success of start-up ecosystem, technological prowess of the country’s youth and pave the way for future path-breaking trends. The event will be organised by M/s Botlabs Dynamics.

For the first time, a 3-D anamorphic projection will be organised during Beating Retreat Ceremony 2023 on the façade of North and South Block. 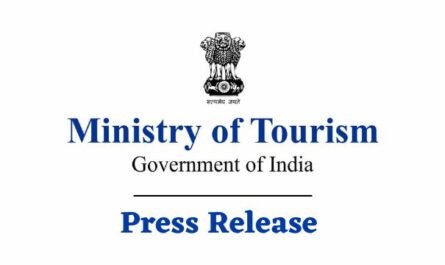