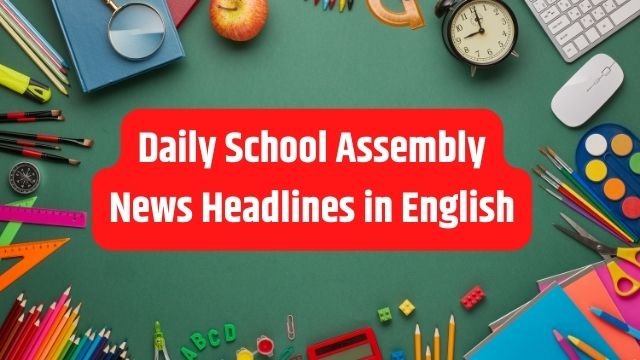 •  Union Environment, Forest & Climate Change, Minister Bhupender Yadav leading the Indian delegation to attend the 27th Session of Conference of Parties of UNFCCC (COP 27) to be held at Sharm El-Sheikh, Egypt from 6-18 Nov 2022

•  Nearly (2,942) Indian pilgrims under the framework of the Pakistan-India Protocol on Visits to Religious Shrines of 1974 to participate in celebrations in several cities in bordering nations on the birth anniversary of Guru Nanak Dev Ji from Nov 6-15

We hope you would like the update of the Daily School Assembly News Headlines for 06 November 2022. Please share with students.

You can Read the Following topics on our news portal