• Union MoS External Affairs & Culture Meenakshi Lekhi to visit San Salvador from 17-19, MoS to call on the President of El Salvador & have meetings with Ministers of Foreign Affairs, Culture, & Economy

♦ Join us on telegram for Daily Updates ♦

• South Korea vs Japan at Bhubaneswar at 5 PM

• Germany vs Belgium at Bhubaneswar at 7 PM

Thought of The Day for School Assembly

“You are what you believe in. You become that which you believe you can become” ― Bhagavad Gita

Word of the day for school assembly

Definition: to move forward suddenly and with force, especially in order to attack someone:

Sentence: The puppy lunged toward the ball / He suddenly lunged at her with a broken bottle.

Who was the first Indian woman to win a medal at the Olympics?

Who is the first Indian to win a Nobel Prize?

What is the name of the oldest known civilization found in the Indian subcontinent?

Who is the first Indian woman to become a botanist? This person also made sugarcane taste sweeter. 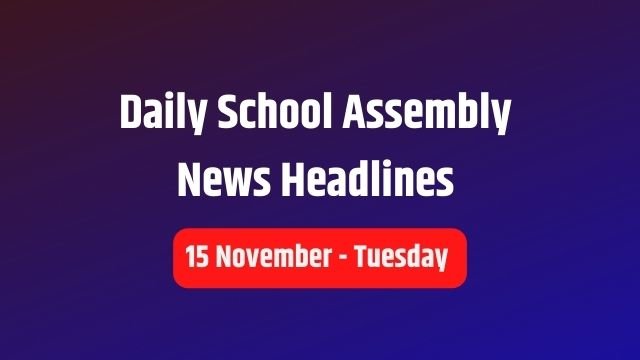